LEADERSHIP IS THE CAPACITY TO TRANSLATE VISION INTO REALITY.

Meet Mr. PRAKASH JOSHI who has truly manifested the above quote in his real life. Both a luminary and visionary, he has been turning the dreams of thousands of students in reality.

He is behind the idea of establishing No.1 NIELIT Institute in India and best coding /programming institute . He, an experienced teacher himself in the past, a meticulous researcher, and an eminent philosopher ,strongly believes that an average student born in India has the potential of reaching great heights despite having meagre means in hands.

Therefore, in the year 2014, he laid the foundation of Infotech Softnet Computer Education, The best Institute for NIELIT education in india. Pioneer in computer literacy and proficiency programmes along with its sister organisation known as British Academy . He, under his profound leadership and guided direction along with a dedicated team of professionals, has been illuminating the path of numerous achievers since then.

To set unparalleled standards of career-oriented IT education and molding high quality man power pool for all levels of India’s fastest growing industry.

To be a premier educational institute generating readily employable skilled manpower in compliance with the international standards to help our students build world class careers.

It is our policy to provide quality services on a best effort basis to satisfy the stated and implied needs of our students.

To comply with quality standards, to incorporate technological advancements for efficient performance in service delivery, to ensure continuous improvement focused on students needs, and to develop highly motivated and skilled personnel.

To The New Infotech softnet helped me to gain technical knowledge in IT sector, They have provided me sofficient practical and theoretical training which has helped mw to contribute in an IT Orgouisetion. All the staff are well - educated and teacher friendly manner. They help student in developing theire It skill and also help in building persinality of the students. Infotech helped me in building my carrier and always feel proud to be a part of it. 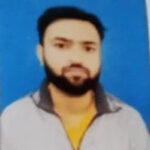 I Have completed A level diploma from INFOTECH SOFT-NET. Environment in institution was very positive and cheerful. Teacher here are very supportive, generous and provide complete guidence and knowledge to their student. I would really recommend all IT beginners to start their IT journey under guidance of infotech softnet teachers. 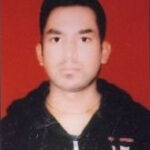 I had complete "O" level computer course of NIELIET Institute. It is great course. In our Institute the environment is very positive are very supportive and caring. 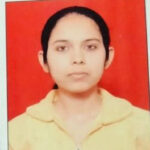 I had a great time doing this course & everyone involved in the training has made it a great experience. The faculty here is very helpful & supportive. The course involved all aspects of knowledge & also gave some important insights on ICT. 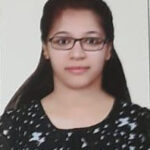 I am a student of Course O "Level" in NIELIT. Teachers are very good and Cooperate with us. This is the best institution and providing all types of support to its student. 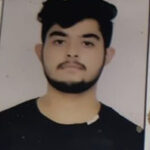 A premier institution in entire Delhi for computer education and professional courses in IT with good facilities such as well equipped labs, lecture (theory) rooms and icing on the cake is its highly qualified and supporting staff i recommend this for anyone who has passion to make his dreams come true in the IT field

It` a awesome place to fulfill your requirements for computer education,All the staff are highly qualified and assess you for your minor doubts....

It`s very nice institute and so many courses are there and all teachers are well qualified and giving very good teaching.

Frank in communication, positive environment and teachers are always there for any doubt.